Types Of Programming Language You Should Know 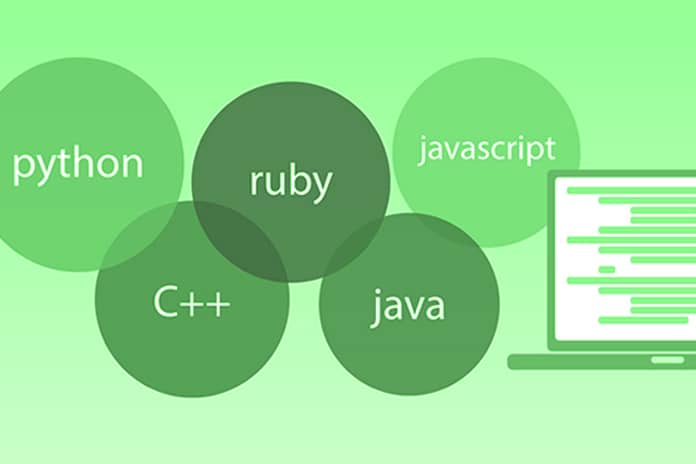 The programming languages are mainly divided into two types: low-level, communicating directly with the binary language of machines; and high-level ones, which facilitate their understanding by programmers.

Many programming languages are introduced in the It industry nowadays to maintain the low level (machine level) to high level (human level) languages. If you want to learn these languages like Python, C++, Machine Learning, AI, Data Science to become an expert then Intellipaat is the best option for online Data Science course, Machine learning, Python course, etc.

Currently, there are many types of programming language that are used depending on the objectives of the software to be developed. For example, web programming is currently booming. For this reason, the programming languages ​​that we call on the client-side (PHP and Python, for example) and on the server-side (Javascript) are the most widely used.

Next, we will review the most widely used types of language.

The programming languages ​​most used by software developers today are the following:

PHPPHP is an open-source programming language, focused on web development. Among the many things that can be done with PHP, we can highlight the creation of dynamic websites by being able to embed your code within HTML and its use as server-side scripts.

Java is an object-oriented programming language that stands out for being cross-platform. Java code has the great advantage that it can be run on any device. Java is one of the most widely used languages ​​today thanks to the use made of different platforms ( mainly smartphones, computers and tablets ).

Also Read: Top 10 Trending Technologies You Must Learn In 2020

It is a very versatile open-source programming language, currently widely used for artificial intelligence and Big Data. The language is simple, easily readable and elegant, having a very short learning curve compared to other types of language. Python can also be used in practically any current operating system.

The C language and its C ++ extension are still one of the most widely used languages ​​today. Computer scientists choose it when you need powerful programming that even needs to go down to schedule some tasks in assembler. Despite having a high learning curve, it is still in great demand in programming in general and in videogames in particular.

It is an interpreted programming language, widely used in client-side web programming. In addition to being very practical, it is capable of being executed in any browser, making it the most widely used language on the web. Javascript is cross-platform, object and event-oriented, and interpreted; that is, it does not need to be compiled.

They are two of Microsoft’s object-oriented programming languages that use its framework.net. They are widely used to create a wide variety of applications.

It is a C- based programming language intended for the development of applications for iOS and macOS. It is an object-oriented language with which most apps for the iPhone or iPad are developed.

Each previous generation of cellular technology has enabled new types of applications that have enriched and changed our lives. The new generation of mobile...
Read more
TECHNOLOGY

According to the United Nations Habitat, "by 2030, three billion people will need improved housing." Given that governments around the world are focused on...
Read more
TECHNOLOGY

Each previous generation of cellular technology has enabled new types of applications that have enriched and changed our lives. The new generation of mobile...
Read more

According to the United Nations Habitat, "by 2030, three billion people will need improved housing." Given that governments around the world are focused on...
Read more

This social network is already part of the digital marketing strategies of many brands and represents the perfect space to attract potential customers and...
Read more

It's always pertinent to have a strong backing or support structure for your business, especially a startup. Your impressions towards service provision with your...
Read more

More than half of the world's population is now active on social media to stay in touch and share content and get information. So...
Read more
Load more