Why Do Companies Need An Active Data Strategy? 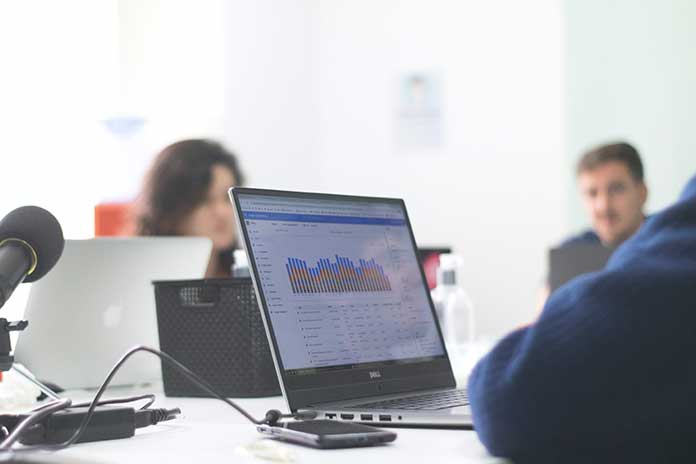 The IoT is no longer a marginal phenomenon but is present in most companies. Now, however, it is essential not to rest on our laurels. Why an active strategy for sensible data uses is now crucial.

When they hear the term artificial intelligence ( AI ), a large part of the public immediately thinks of pods in the corners of rooms waiting for them to say ‘Hello,’ ‘Hey,’ or ‘ Alexa !’ to be activated. Such a scenario is a prime example for a wide range of use cases. The spectrum ranges from a virtual assistant who turns on the light in the dining room to the processing and analysis of data points. But while AI only helps private users complete small household tasks, it is quickly becoming an integral part of the technology stack as part of the intelligent Internet of Things ( IoT ).

More and more companies are investing in the IoT. IDG Research Services and TÜV Süd from 2020 show that 51 percent of the companies surveyed in the DACH region have already implemented IoT projects. This represents an increase of 12 percent over the previous year, with the number of IoT projects also increasing, driven by the large companies. Above all, those surveyed expect higher productivity, effective cost reduction, and increased sales.

Almost two-thirds (65%) of companies in the DACH region use an external partner to solve their IoT challenges. Since the beginning of the millennium, several start-ups have been founded that provide companies with usable data to shape their IoT future. An example of this is the possibility of recognizing the conditions under which employees work most productively even after the pandemic to develop hybrid working methods based on data, for example.

The required data points are described as nodes in the IoT. Therefore, organizations must begin to view every Internet connection as a point from which data can be retrieved and analyzed. For example, simple sensors, cameras, and microphones in meeting rooms can be smart enough to use data for analysis and improvement.

According to a Cision study published in August, the global market for AI in IoT will reach $21.7 billion by 2026, highlighting companies’ opportunities. A market of this size is bound to be dominated by service providers, who make the convincing argument ‘you don’t need to invest in your own business. We’ll do it for you. However, the companies that rise to the challenge and work with these providers will be successful in the long run. Companies can make new decisions or recommendations based on the newly gained information by developing strategies around connected devices and the data collected.

The IoT can also be a daunting concept for many business leaders. One such aspect is the buzzword that evokes visions of robotic baristas and drones delivering packages. Every connected device collects data that can be used for various purposes. The data that can already be obtained from street lights today can show in the smart city when the streets are busiest, which parking spaces are free, what the weather is like, and which routes pedestrians are taking in certain areas.

More and more companies will use this type of data collection in the future. According to Statista, more than 75 billion internet-enabled devices will be installed worldwide by 2025, with each device collecting data on an unprecedented scale. The last decade has seen how data can predict rising temperatures or manipulate elections and public votes. But regardless of the application, without the right AI and real-time analytics, data cannot be fully leveraged.

The next decade will see an explosion of new IoT use cases. The next generation of programmers will then be able to understand, use and analyze this information provided by the IoT devices. Companies will need to develop new global data hub strategies specifically for sensor data and automatically generated machine data.

The arrival of 5G – with higher speeds, lower latency, and a more mature network fabric – has also led to a proliferation of devices at the network edge. These edge devices can perform fundamental analytics, thereby providing instant insights, also causing a shift from the cloud to the edge.

There will be many areas for vendors to specialize in such a vast market. The enterprise market, for example, is already teeming with analytics providers that provide companies with data on which to base planning for future branches. However, there are always gaps in underserved markets.

The Data Revolution Has Only Just Begun

The data revolution has only just begun, and the opportunities it brings are only just beginning. This creates an entirely new market from which innovative companies can benefit. Businesses that want to be part of this must now embrace the change. In return, they will experience new opportunities and a new growth phase.