More
Home SOFTWARE Why Is Updating The Operating System Essential For Security?
SOFTWARETECHNOLOGY 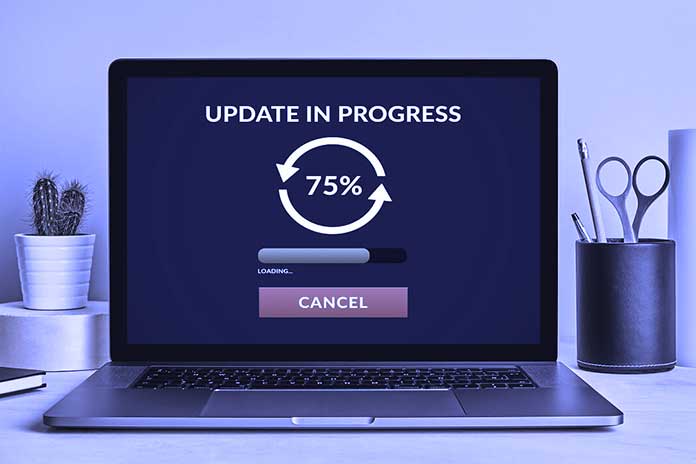 The year 2020 was marked by an increase in the volume of hacker attacks, making it crucial for organizations to be concerned with maximizing their digital security. An effective measure for this involves updating your device’s operating system (also called OS), whether Windows, iOS, Linux, or Android.

According to a BitDefender survey, ransomware attacks grew by 715.08% in 2020. Ransomware is a virus that locks computer data and requires payment to restore user access. Failure to update operating systems can make your computer or device more vulnerable to this and other types of malware.

If you don’t want to go through these security issues in your organization, continue reading this material to understand the importance of updating your operating system and its benefits!

Why Should You Update The Operating System?

We know that employees always need to be productive. Thus, it is expected that at certain times they fail to update their operating systems so that they do not have to interrupt their activities. But this is a big mistake, as such updates improve the operating system in different ways:

However, one of the most critical points of an upgrade is to increase security. Many software and operating systems have flaws or deficiencies in their programming, which allows hackers to develop code that attacks such vulnerabilities.

This means that a computer can be infected with a virus or invaded even if the user takes measures to prevent attacks, such as not clicking on suspicious links, using original programs, not browsing websites, or installing dubious applications.

In addition, by infecting the computer or device, a hacker can lock, subtract or delete information and gain control over the actions. For example, you can copy credit card data or chat with customers as if you were your own company or person.

These situations would cause financial losses to the company and damage the business’s image in the market of customers, suppliers, and business partners, among others.

The OS update can minimize all this risk, which fixes several vulnerabilities and improves defense systems.

It is worth remembering that a good antivirus will also help in protection, but it cannot block all viruses and hacker attacks or correct flaws found within the operating system itself; the latter can only be done with an update.

It is also essential to know that it is not enough to update the operating system just once, as it will never be completely free of vulnerabilities. New programs, resources, and technologies are constantly appearing, making possible new flaws. To maximize your protection, you will always need to keep your operating system updated.

Benefits That Go Beyond Security

In addition to being essential to ensure security, updating the operating system also brings benefits that directly impact the company’s productivity and efficiency. Find out which are the main ones below.

Hardly a new feature is programmed well optimized, and developers are constantly working to make it lighter, faster, and more polished. This same logic applies to the operating system, and many aspects can be improved.

When updating the operating system, its code is revised to increase its performance, accelerating the execution of tasks and programs, software installations, etc. The computer will also have more excellent stability, which means that there will be fewer crashes, “blue screens,” freezing of screens, among other setbacks.

Systems don’t just have security flaws; many of their programs and features also have bugs that need to be fixed. Failing to update the operating system increases the chances that problems occur while using programs, such as data corruption.

Imagine that a text document that contains information relevant to the company gets corrupted. This would generate headaches and recover files from backup, if any. But programmers also continually work on OS updates that minimize the occurrence of these failures.

Often employees are idle, waiting for files to open, programs to install, or the computer to unlock. However, an upgraded machine becomes faster and incurs fewer crashes, allowing employees to better focus on their core activities and not be stressed by computer slowdowns.

Updates are also essential to extract the full potential of motherboards, graphics cards, and other more modern components, as they include new versions of drivers.

There are also improvements in computer usability. Windows 10 21H2 update (to be released in 2021), for example, will change the format of the entire interface to make it more user-friendly. This will help make your employees’ work experience more comfortable, making them more productive.

OS developers often create new tools to handle user requests, suggestions, or complaints. These features can be handy for the business and allow it to take advantage of the latest technological innovations.