More
Home FINANCE What Is Binance? Is It Trustworthy?
FINANCE

What Is Binance? Is It Trustworthy? 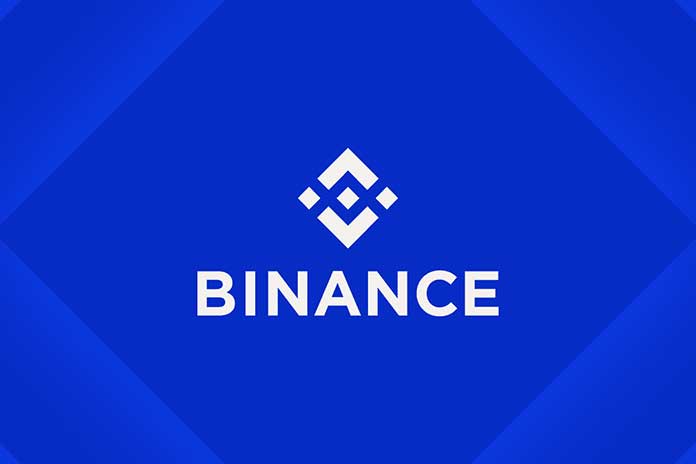 Binance is one of the best places to trade because it works with more than 500 cryptocurrencies and over 180 countries. In this review, I will go over the most important information that you must have before signing up.

Binance is a platform for trading cryptocurrencies that are known for having costs that are among the lowest in the industry. This is perhaps the simplest and least expensive way to trade cryptocurrency, so if you’re interested in doing so, you should consider it. Traders of all experience levels can benefit from doing so. The site accepts users from all over the world and has been praised by the cryptocurrency community. Additionally, the exchange has formed strategic alliances with third-party businesses such as Simplex to facilitate premium purchases of cryptocurrencies made with credit cards and wire transfers. US traders must utilize these upcoming Binance listings, which are more compliant with US trade rules.

An Overview of Binance

The Chinese-Canadian software developer Changpeng Zhao established the cryptocurrency trading platform known as Binance in the year 2017. (aka CZ). After a successful initial coin offering (ICO) that raised $15 million, Zhao’s company, Beijie Technology, established the exchange. Binance’s headquarters used to be in China, but it moved to the Cayman Islands because the Chinese government was putting more restrictions on the cryptocurrency industry. Participants in Binance’s initial coin offering (ICO) received Binance Coin (BNB), which may be used for trading cryptocurrencies and covering fees on the Binance platform. BNB is also used to run BNB Chain, which used to be called Binance Smart Chain. The price of BNB was initially at around $0.1, but it has steadily increased in value alongside the development of Binance and the BNB network. The founder of Beijing Technology and the company itself have an excellent history of success. His company now supplies trading systems for more than 30 platforms.

Users have the ability to earn interest on cash that would otherwise be sitting idle, and they can choose between “flexible” and “locked” account types. The interest rates on flexible savings accounts are subject to change, but locked savings accounts offer a higher rate of return on deposits made for a certain period of time.

Binance also offers a staking service, which enables users to earn returns on evidence and decentralized finance (DeFi) coins without having to have the technical expertise to stake the coins directly. This service is provided at no additional cost to customers. The staking service, which is comparable to savings accounts, offers both flexible and locked alternatives to its customers.

A Smart Pool for Binance

Participants in the Binance Smart Pool are able to pool their mining resources and divide the benefits evenly among themselves. The customer is provided with a hands-free optimization experience as the hash power is immediately transferred to the cryptocurrency that is currently being mined that is producing the highest profit.

By using the Binance Visa Card, holders can convert their bitcoin holdings into fiat currency and spend them everywhere Visa is accepted. You won’t need to keep any fiat currency on hand because, when you make a transaction, your cryptocurrency holdings will be automatically converted into fiat currency (at no additional cost to you). The card does not charge any administrative or processing fees, and it enables you to earn up to 8 percent cash back on purchases that qualify for the program.

Users can take out loans through Binance Loans in a number of tokens, with the loans being secured by some of the most well-known tokens such as Bitcoin, Ethereum, and ADA. This makes it simple for you to acquire stablecoins such as USDT, BUSD, or USDC while allowing you to keep exposure to your cryptocurrency assets and preventing the taxable event of selling bitcoin.

A platform that operates in a manner analogous to that of Uniswap and relies on a pool of liquidity, Binance Liquid Swap is known as an automated market-maker (AMM). Each pool has two tokens, and the difference in price between the pools is determined by the number of tokens in each pool. The prices offered by Liquid Swap are more stable, and the fees associated with large transactions are lower. On Liquid Swap, users have the ability to trade coins with a low amount of slippage, or they can supply liquidity in exchange for a cut of the fees. The fact that Binance Liquid Swap is a centralized exchange stands out as the most notable distinction between it and Uniswap.

Binance has a cutting-edge fee structure, which is important in a market as competitive as this one. The members of this squad have taken the time to sharpen their blades, and they are currently dismantling the competition. If you’re a trader who doesn’t need fast access to fiat currency, the low starting fees for spot trading are sure to pique your interest. A trader’s VIP level on Binance is determined by the amount of money they have traded over the course of a month. VIP level 9 maker/taker spot prices are 0.02%/0.04%. Traders who use Binance’s futures trading platform enjoy even reduced fees, beginning at 0.02% for VIP level 0 maker and taker orders and going as low as 0.01% for the highest volume VIP level 9 traders. Those fees start at 0.02% / 0.04% for VIP level 0 maker and taker orders.

Binance’s fees are significantly lower than those of other major exchanges. When you’re dealing with huge orders, that can make a significant difference in the total cost. Binance’s native coin, BNB, can be used to pay for fees on the platform, and users who do so will receive a further discount of 25%. Please be aware that this was a special price that was announced when Binance first started in 2017 and is scheduled to end on July 13, 2022, which will be Binance’s fifth anniversary. As you would imagine, deposits are completely free. There are fees associated with withdrawals, albeit they typically coincide with the fees associated with blockchain transactions as well.

Countries That Have Been Helped

Although Binance does not make it clear which nations are supported by its exchange, the platform is virtually accessible in every region of the world, with a few notable exceptions. Users in the United States who were previously unable to access Binance due to the company’s withdrawal of its primary service can now do so through Binance US. As a result of the platform’s possible violation of New York’s virtual currency legislation, Binance US was officially launched in 2019. Even though Binance doesn’t make it clear which countries are banned, some users have said that Binance closed their accounts because they lived in places like Iran and Serbia.

Also Read: Best Ways To Get The Cheapest Credit Card Processing For Your Small Business

Transfering money digitally is a convenient way to send funds globally. Whether you have family overseas, are supporting international businesses, or simply want to...
Read more
FINANCE

Are US Entrepreneurs Using Crypto?

Cryptocurrency has become a major discussion point amongst business leaders, entrepreneurs, and start-up businesses. This article looks at how entrepreneurs are using crypto, why...
Read more
FINANCE

Learn How Your CIBIL Score Is Calculated

CIBIL score is a three-digit credit score assigned by the TransUnion Credit Information Bureau (India) Limited, ranging from 300 to 900. It serves as...
Read more