More
Home TECHNOLOGY 3D-printing And The Future Of Housing
TECHNOLOGY 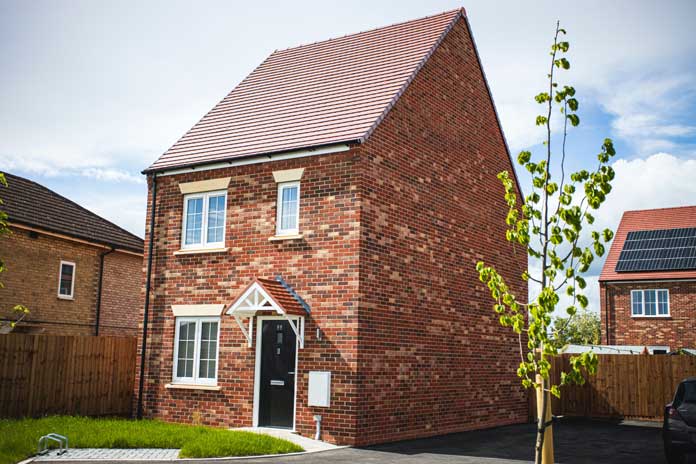 According to the United Nations Habitat, “by 2030, three billion people will need improved housing.” Given that governments around the world are focused on reducing humanity’s ecological footprint, the building materials, cost, and resources necessary to meet this demand, which amounts to about 96,0000 new homes each day, is considerable.

3D printed projects are already well under way around the world, from homes to schools, and even an entire 3D printed neighbourhood in Mexico is underway. 3D home printing is a nascent technology that is only just getting started but is set to be scaled up. Let’s take a closer look at some of the completed projects which we can use to ascertain how things are likely to progress.

India’s first 3D printed home was recently constructed in the city of Chennai, a joint venture between a charity and construction company. The stylish looking home is a single storied structure that is 56m2 in size.

The building project only took 5 days to complete, cost 30% less to build, and was built with the principle of improving efficiency by producing less waste in the construction process. With the cost of traditionally built homes only set to rise, affordability will become an important factor in future home building.

In the Netherlands, the first five 3D printed houses were built in the Dutch city of Eidenhoven. The first occupied 3D printed house in the country is 94m2 in size and is a single-story structure. The home was built as part of a collaboration project called Project Milestone between a local university, the private sector, and local government.

The home’s design was built with aesthetics in mind to blend in with its surroundings. The home, which took about 120 hours of printing time, is intentionally shaped like a boulder, and has stylish curves, something that is much easier to achieve compared with traditional building techniques. This will no doubt open huge possibilities in future designs for bespoke shapes and styles.

A project of hybrid constructed homes – homes built with both traditional and 3D printed technology – is under development in Austin, Texas.

The roofs are built using traditional construction materials and methods, while the ground floor is built using 3D printed technology. And according to the developers on the project, these homes are constructed to better withstand natural disasters like flooding, fire, and strong winds. Having the ability to build faster and cheaper homes, with less waste materials to deal with, that also embody greater protection against adverse weather conditions, is pushing 3D printing technology to new heights.

A school in Malawi, Africa was built in just 15 hours using 3D printing technology. The small school was built so that about 50 students could attend, ideal for small rural communities in countries like Africa.

It’s common for children in such rural communities to have to travel by foot for several miles to reach their nearest school, walking in the baking hot sun and arriving exhausted before the day even starts. The construction of this school, however, means that many of the students now have a school much closer to their homes and no longer must walk miles to get there.

Like with all 3D printed buildings, the construction of the school was faster, cheaper and less energy-intensive compared to traditional construction methods. Although this school is only one small building, the printing of this school has demonstrated that 3D printing technology could have a major positive impact in places like Africa, where shortages of classroom space are a major problem, and that, in turn, will have a knock-on effect on Africa’s future prosperity.

Indeed, according to UNICEF, just in Malawi alone, there is a shortfall of 36,000 school classrooms. 3D printing technology could go a long way in helping reduce this deficit, with one estimate put at about ten years to reduce the shortfall, whereas it could take 70 years with traditional construction methods.

Adding benefit to the local economy and jobs, and as well as reducing production costs, the printing machine that was used to 3D the school was operated by local people, and the mixture used to make the printing “ink” was manufactured locally.

Another 3D printed school is being built in Fianarantosoa, southern Madagascar. This school, which will house 7 individual pods for various uses, will be constructed using materials sourced locally and designed to run on solar power. To reach remote locations, work on designing smaller and more mobile printers is underway.

The projects already completed, and in the pipeline, demonstrate that 3D printed homes and buildings are a viable option in the future of construction. They can be built faster and cheaper, produce fewer material waste leftovers, including C02 emissions, and can sometimes source construction materials locally.

In terms of 3D printing homes and other buildings, this technology is still in its infancy. As better and cheaper designs come forth in the future, especially in being more mobile and more compact, the 3D building process will likely become even more sought after by developers. Although 3D printing has yet to successfully produce multiple storied projects, design improvements may soon overcome this limitation.