Human Machine: Jobs In The Years Of AI 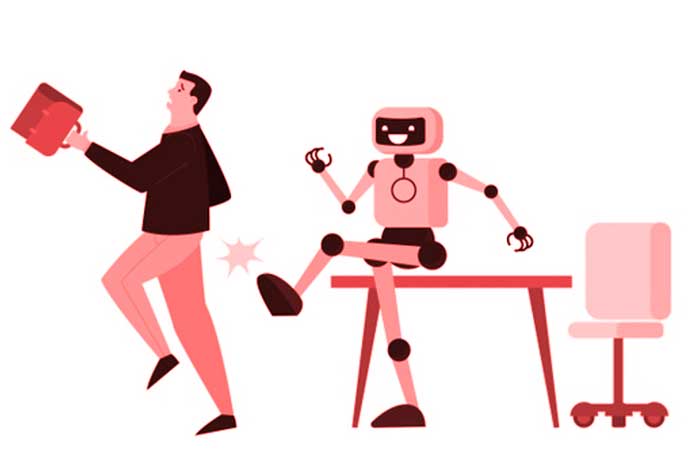 While automation technologies will replace factory workers, there is enormous room for humans if you balance their relationship with robots. The increasingly widespread diffusion of Artificial Intelligence and Machine Learning solutions in work and company environments generates the opportunity for mutual learning between man and machine, but also the streamlining of processes and procedures since repetitive or” processing of large amounts of data. The Man-Machine collaboration combines the predictive capabilities of the algorithms of experience with the rational intuitions of human beings. This becomes useful in decision-making processes, especially when it is necessary to make complex or short-term decisions. However, the collective imagination is terrified that machines, built to facilitate human life and create well-being, can go out of control, rebel against their creator, fight him and transform our society into the worst of dystopias.

Will Artificial Intelligence Put An End To Human Work?

I am rethinking work in the age of artificial intelligence, an essay examining the impact of artificial intelligence on the world of work. The author’s basic thesis is that this technology will allow factories to create production processes that entirely replace the rigid Fordist assembly line, making it enter the so-called “ghost space”. In their opinion, this will not lead to the dismissal of workers, as a system will be created where “on the one hand men build and manage machines, on the other machines give men superpowers”, thanks to the processing of data in real-time. Entrepreneurs obtain unthinkable profits while, on the other hand, the psycho-physical health of workers will be protected, as the most tiring, repetitive, risky and alienating tasks will be delegated to machines, which they will play stoically in place of men.

About the possible mass unemployment generated by progress, the engineers argue that: “While new automation technologies will replace human labor, there is enormous space for men, as long as executives look beyond the division of tasks and begin to think differently about work “. Over the years, we have witnessed the execution of the commercial strategies of the great managers, made up of mass layoffs, relocation of company plants to states where workers are underpaid, and transfers of the registered offices of companies to tax havens, whose natural and only purpose was only that of obtaining profits, causing a lot of inconvenience at the expense of a territory to which they have a heavy social responsibility.

The Manager Who Balances Man-Machine Interaction

In this context, the need emerges for a professional figure who takes care of managing man-machine relationships. The Man-Machine Teaming Manager is the IT professional who deals with coordinating work teams composed of both human beings and machines to find the right balance that ensures a correct collaboration that brings mutual benefits. Thanks to his skills, the Man-Machine Teaming Manager can train the AI ​​system by wisely combining the formal rationality of AI with the substantial rationality of human beings.

One of the primary responsibilities of the Man-Machine Teaming Manager is to combine the strengths of Robotics solutions and AI software – precision, endurance, calculation, speed – together with those of humans – cognition, judgment, empathy, versatility – to achieve corporate goals effectively. The critical task of this Manager is to develop an interaction system through which humans and machines communicate their skills, goals and intentions to create a hybrid team that generates better business results than those achievable with non-hybrid teams.